In the current climate where being online is getting increasingly unsafe and toxic, how can we as a community come together to change that?

With the rampant rise of Cyberbullying and trolling in India, there’s a different case one hears in the news every other day. The menace has claimed victims from ordinary citizens to celebrities and journalists, and even some politicians. While cyberbullying is being recognised as an issue, there is sparse effort to organise and take collaborative action on it.

On 30th June, we at Haiyya hosted ‘Action Adda: End to Trolling’ to address the menace of cyberbullying. The idea was to create a platform for discussion about the issue and come up with plans to tackle it. The event saw law and policy experts, including Inspector Anish Sharma, Incharge Cybercell, Saket Police Station, Delhi Police, Kislay Chaudhary, Founder, Indian Cyber Army, and Surkhraj Vimal Kaur, Senior Manager, ICT & Communications, New Concept Information Systems, and participants engage in fervent discussions to understand cyberbullying, share their personal experiences, and interact with the experts about the recourses in place to deal with the issue.

Urgent need for stronger laws
While Section 66A of the Information Technology Act 2000 “provided remedies against offences which involve sending of offensive messages through a communication service”, it was struck down by the Supreme Court in 2015 to uphold freedom of speech. This has created a gap, and there is an urgent need for a provision that resolves the friction between cyber-bullying and freedom of speech. There is also a lack of law or provision that specifically covers mass trolling, which has been a critical issue off-late, with a number of mass trolling cases, including ones wherein journalists Rana Ayyub, Ravish Kumar, and Minister of External Affairs, Sushma Swaraj were extensively trolled and cyberbullied.

“Why women tolerate cyberbullying and trolling is because women are always taught to be uncomfortable, it is internalised. And that translates to online as well” – Avnika #Cyberbullying #Trolling #StopCyberbullying pic.twitter.com/HSMscVQfKk

There are special cybercells in police stations for redressal of cyber-related offences, but authorities state that they are unable to act because the victims don’t report the crime. However, the police seem to be passing the buck onto the victims, as people, specifically women (one of the most viciously targeted group online) who face cyberbullying state that they fear lack of privacy protection when filing a complaint, specifically in sensitive cases wherein, for example, a jilted lover or revenge porn might be involved. As police is the only agency for redressal of cyber offences, we must push for sensitization, and a rights-based approach to reporting. An increase in the number of reports would also pressure the authorities to take the issue more seriously and act upon the issue.

"People are apprehensive to approach the police. They should come ahead and register a complaint. Unless we get complaints, we cannot do anything." – Inspector Anish Sharma, @DelhiPolice #Cyberbullying #Trolling #stopcyberbullying #Endtrolling pic.twitter.com/J23o7KJFVX

Stronger collaboration of campaigners and groups
Campaigners and groups are working on the issue of cyberbullying, but are doing so in isolation. These groups must collaborate, pitch together ideas and resources to come up with strategies for lobbying for stronger laws, sensitising the police and creating awareness about cyberbullying and trolling.

What actions can we take as a community?
While there are gaps and challenges in the current laws and processes, here are some of the actions that we can take as citizens to combat cyberbullying.

How to make a complaint?

Note: There are Cybercells in different districts of Delhi NCR. The information of each cybercell can be accessed here. There are similar cybercells that exist in each city that can help one by filing a complaint as well.

It is time we stop condoning cyberbullying and trolling, and come together to organize, strategise and take action to combat this social evil.

Abhishek Desai is the Communications Coordinator at Haiyya Foundation. With over half a decade of experience in journalism and writing, his interests lie in gender equity, equal rights and sexuality. He takes a deep interest in fringe cultures. 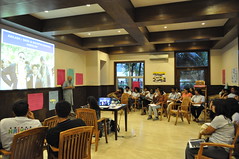 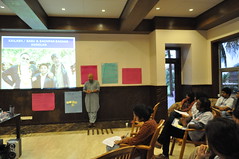 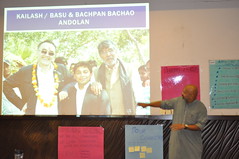